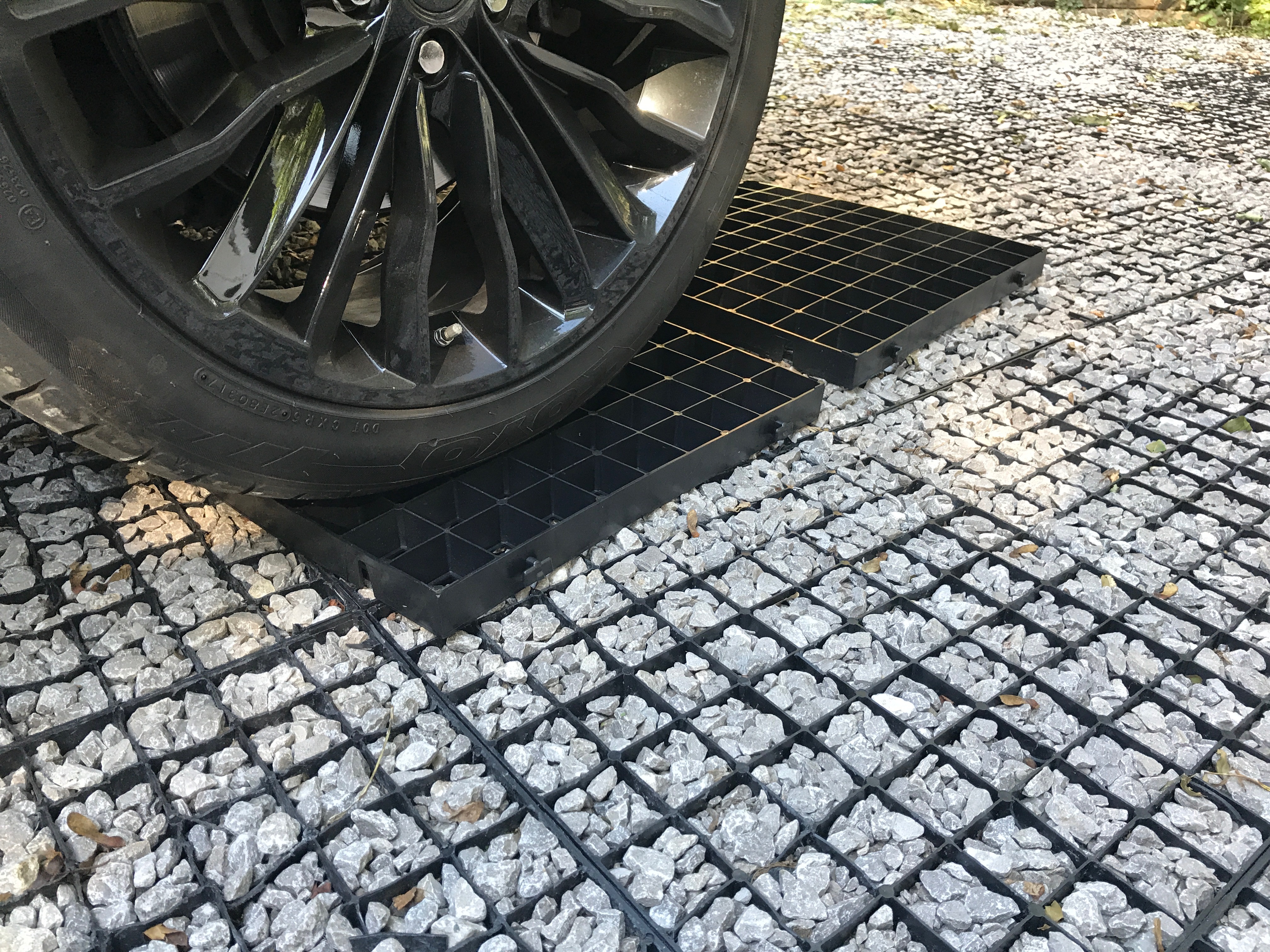 In England, around 9% of the land is built on, with only 3.8% being classed as “green urban”. Much of that built on ground consists of impermeable surfaces which encourage large torrents of run-off during rainy weather and dry out to arid deserts in between.

Last year there were many instances of flash-flooding, and there is no reason to believe that this issue will be any better this year, or the next. In fact, if we continue turning green areas into paved and tarmacked parking spaces we will only worsen the problem.

Eco-friendly driveways slow down water run-off. This might sound like it would encourage more localised flooding but what it really means is that rainwater is allowed to soak into the ground in the same way that it would naturally dissipate. Water can percolate through the driveway material and can even be combined with collection chambers to create a SUDS compliant system.

While traditional gravel driveways are eco-friendly, allowing free drainage into the underlying substrate, they can be high maintenance. Gravel is eroded, creating ruts and potholes. Gravel driveways require regular sweeping and raking, and also regular top-ups of gravel as the top layer is literally driven away.

There is another way

A sturdier alternative is to stabilise the gravel by using gravel grids. The substrate is prepared as it would be for a traditional driveway and covered in a weed-proof membrane. The grids are laid on top and interlocked for structural stability. Curves and unusual shapes are easily catered for by careful tailoring of the grids – although once backfilled they can carry several tonnes, they are easy enough to trim using a hacksaw. Gravel, ideally angular gravel to ensure a greater density, is packed into the cells and can be finished with a top layer to create the effect of a traditional drive.

As an alternative, the weed-proof membrane can be dispensed with and the cells filled with a mixture of soil and grass seed. Given time to grow, this will create a grassed area that has the appearance and drainage properties of lawn but won’t turn to mud when you need to use it as a driveway.

Created from recycled plastic, and manufactured within the UK, installing an Ecodeck driveway minimises the transport miles compared to other driveway grids, keeps your money in the British Economy and utilises an otherwise waste product. As well as looking great and preventing flash flooding.